Can frozen embryos be used after separation? 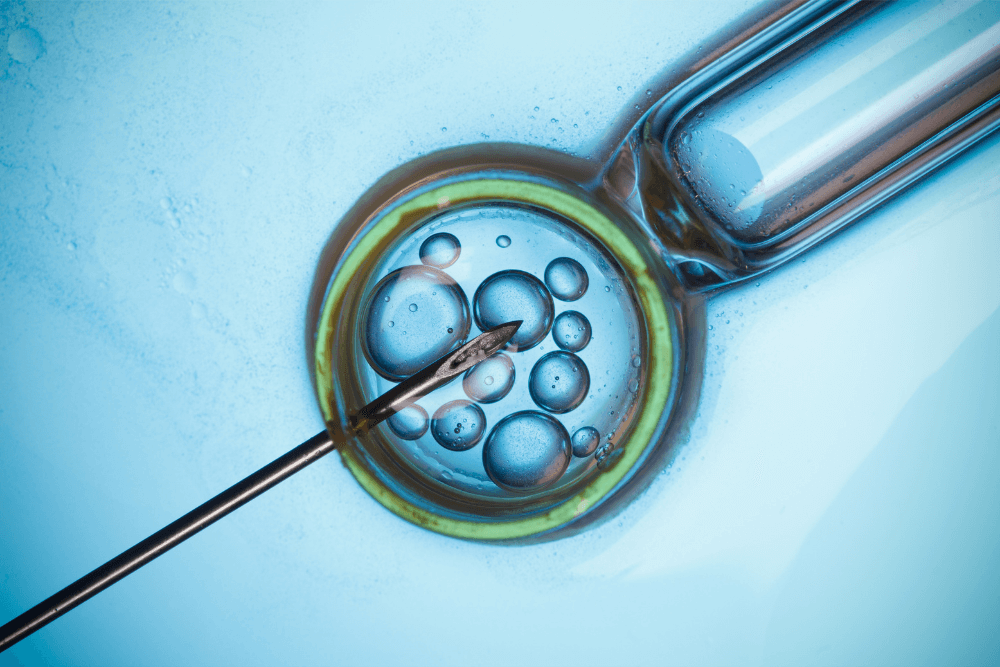 As more and more Australians have turned to IVF over the last few decades, the courts have increasingly had to rule on matters concerning what happens to frozen embryos after a couple separates or one of them passes.

While many clinics require couples to sign forms or contracts at the time of treatment that indicate what will happen to the embryos in such situations, there are many instances where people have changed their mind when faced with the reality of separation or death. When the other party doesn’t agree, the matter can often end up before the courts.

What the law says about the use of frozen embryos

In Victoria, The Assisted Reproductive Treatment Act 2008 regulates the use of assisted reproductive treatment and artificial inseminations.

It requires all parties to give consent prior to undergoing treatment and stipulates that consent can be withdrawn at any time prior to the procedure taking place. Once the embryo is transferred to the woman’s body, consent can no longer be withdrawn.

This means that if a couple separates, one party can provide consent for the other party to use the frozen embryos. It also means that consent can be withdrawn.

How the courts handle these cases

The very nature of IVF and reproduction means that frozen embryos are often an individual’s only hope of conceiving and having children. For this reason, it is not surprising that sometimes one party wants to be able to use the embryos after separation.

Past cases show that when the other party doesn’t consent and a contract or agreement has been entered into at the time of the treatment, the courts are reluctant to deviate from what was agreed.

Mr and Mrs G were happily married. Mrs G was advised by a gynaecologist that the longer she waited to have children, the less likely she would be able to conceive naturally. As they were not ready to have children, they decided to undergo an IVF procedure, which led to six embryos being created.

Before the procedure, they both signed a form that indicated that in the event of their separation the embryos should be discarded.

Not long after, their relationship deteriorated and they separated. Mr G wanted to keep the embryos. He argued that this was his only opportunity to have his own children, as he was no longer in a relationship and couldn’t see himself, at 39 years old, finding a suitable partner to have children with. He also proposed that he may become infertile.

Mrs G on the other hand wanted the embryos discarded as they had agreed, so she could move on and lead a life completely separate to him.

Mr and Mrs H underwent IVF and elected to freeze and store ten embryos for a period of five years. After a couple of years their relationship broke down and they separated.

With three years of the storage period still remaining, Mrs H looked to access and use the embryos. However, Mr H did not respond or provide consent.

With the storage period about to expire, Mrs H applied to VCAT to have it extended, and to access and use the embryos. Mr H was unable to be reached and did not attend the hearing.

VCAT approved the extension of the storage period, so as not to disadvantage Mrs H, but on the basis that she would need to acquire Mr H’s consent in order to undergo further IVF treatment and use the frozen embryos.

While Victorian legislation does not specifically deal with instances of withdrawn consent, it is apparent that unless all parties provide informed consent to a proposed treatment or procedure, frozen embryos cannot be used.

Need advice on matters relating to IVF and frozen embryos?

Should you, or your former partner, wish to use frozen embryos in a way in which you had not previously agreed to, you should seek legal advice.

The team at Lakey Family Law has experience in this area and can advise you on how the law applies to your specific circumstances – simply contact us for an initial, obligation free chat.