‘What do you mean we were in a de facto relationship?’ 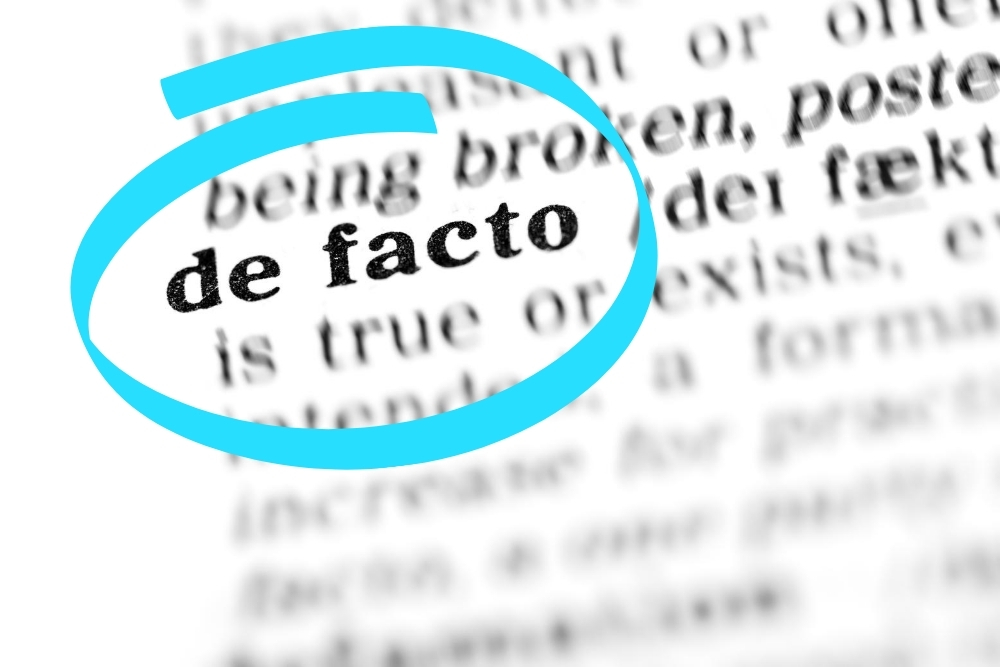 For most of us the idea of what constitutes a de facto relationship is pretty clear cut (well at least in our own eyes)… But when it comes to the courts, it isn’t nearly as clear cut as we’d like to think or expect.

In these cases the stakes are incredibly high – because if the court determines the relationship was in fact a de facto relationship then both parties have the right to apply for a property settlement or spousal maintenance in the courts.

‘But shew was my tenant…’

Let me tell you about ‘Mike’ and ‘Jane’. They’d been casually dating for a few months. Jane’s lease was coming to an end and she needed somewhere to live. Mike, being the nice guy he was suggested she move in with him for a while. So, Jane signed a rental agreement which allowed her to claim rental assistance and paid him rent each week. Mike used these rental payments to help pay his mortgage and some of the household bills.

Jane and Mike, went on to live together for five years, with Jane paying rent each week. During this time they shared a room (and a bed), travelled together regularly and were seen to be a ‘couple’ by family and friends.

When it all went sour and Jane moved out, she pursued financial support from Mike – claiming that their relationship was a de facto relationship and that her ‘rent’ payments and contributions to their travel and entertainment costs were her financial contribution to their living costs.

And, the courts decided in Jane’s favour, finding that the relationship had the characteristics of a genuine domestic relationship, taking into consideration the evidence provided by third parties such as neighbours and friends.

‘I hired a housekeeper…’

Now, let me tell you about ‘John’ a widower who needed a housekeeper after his wife passed. He advertised the position and selected a lady by the name of ‘Mia’ who’d recently moved to Australia from the Philippines. Mia moved in, took care of the household chores and John paid her a wage in return.

Over the next ten years there were occasions where Mia shared a bed with John and they holidayed together. Mia’s children moved to Australia and lived with them, with John sponsoring them and supporting them financially. John also updated his Will to include Mia, leaving a small amount of money to her as a recognition her work for him.

When they separated, Mia moved out and commenced court proceedings claiming that they had been in a de facto relationship. But John passed away during the proceedings… So Mia contested his will and entered into a court dispute with John’s children.

In the end, the courts determined that Mia and John were in fact in a relationship, despite their different perceptions of the relationship. Again there was enough evidence presented to support the Mia’s claim that they were in a de facto relationship.

How the courts determine if a relationship was de facto or not?

Worried how this applies to your personal situation?

If you’ve recently ended a relationship that you consider to be de facto, you need to make a court application for settlement within 2 years of the relationship ending.

If you’re living with someone, or sharing a residence (even part time) and worried about whether there could be confusion about whether or not the relationship is in fact a de facto one, there are steps you can take to protect yourself.

Naturally it makes sense to talk to an experienced family lawyer about your situation and circumstances. You may also look to enter into a Financial Agreement (also known as a ‘pre-nup’) either before you move in together, or while you’re still in the relationship. A Financial Agreement sets out how property will be divided, if the relationship ends and it is deemed to be de facto.

If you need advice, feel free to get in touch – we’re here to help you understand how the law applies to your situation and can offer valuable advice.